Our Welsh Adventure - London to West Wales on a Whim...

Where do I start?  At the beginning would be a good place I suppose so here goes…….

Six years ago we upped sticks and moved lock, stock and barrel from London to Pembrokeshire, West Wales where we run, as a family, three, self-catering cottages. We moved here after falling in love with the area whilst on a family holiday and within a year had sold up and moved to Newhouse Farm.

Newhouse Farm was a bit like Dicken’s Miss Havisham when we arrived - a beautiful lady who had been neglected and just needed some attention here and there, that attention is ongoing as we gradually improve the grand old lady, hopefully she will be fully restored to her former glory by the end of the year and we can relax a bit. We didn’t realise at the time but the day we moved in was a taste of things to come, a small herd of cattle had decided to go walkabout in our courtyard, in fact we followed them up the lane leading to Newhouse and watched them amble in through the gate which caused a small amount of mayhem as it proved highly entertaining trying to fit 3 removal vans, 3 cars and a dozen assorted bovine visitors on the courtyard! It all got a bit too exciting for the cattle as they left quite a few calling cards! 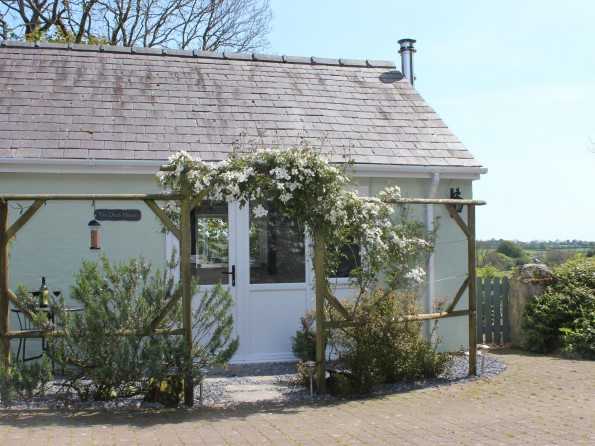 We regularly get visits from the local wildlife, all friendly I might add, we occasionally have to do a bit of shepherding when an adventurous lamb does a “Great Escape” from the field and many’s the time you could be working in the grounds when that feeling of being watched creeps over you and you look up to see a line of young bullocks just standing looking at you with only a thin wire fence between!

Although we are only a few minutes drive from the main road you would never know as the peace and quiet is only interrupted by the birds, (one of our regulars is a stunning woodpecker) and the neighbours…….by neighbours I mean sheep and cows who although they can be a bit noisy now and then, never play loud music or race cars down the lane, although that would be a sight to see! 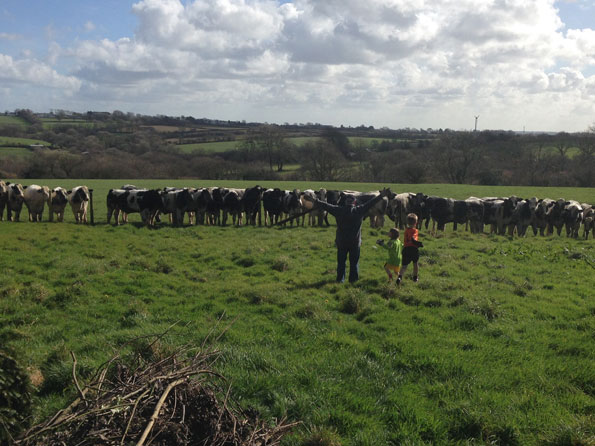 2016 is the Year of Adventure for Wales and the choice of adventuresome activities here is vast, from Coasteering and Kayaking in the ocean to walking the Coastal Path which meanders around the whole coastline. There are Castles and mountains in abundance and there is amazing cycling but probably not for the faint hearted. You can see Dolphins, Seals and Puffins and of course there is the beautiful countryside. We are lucky to be situated in a rural area but still only less than an hour from all of the above activities, the best of both worlds in fact. The whole Pembrokeshire coastline is a National Park and as a consequence is totally unspoilt and for the large part untouched by modern living which means raw beauty, from craggy cliffs and a wild ocean at St Davids, which is the smallest city in Britain, to long, flat sandy beaches and gentle rolling woodland and valleys, the scenery is spectacular. 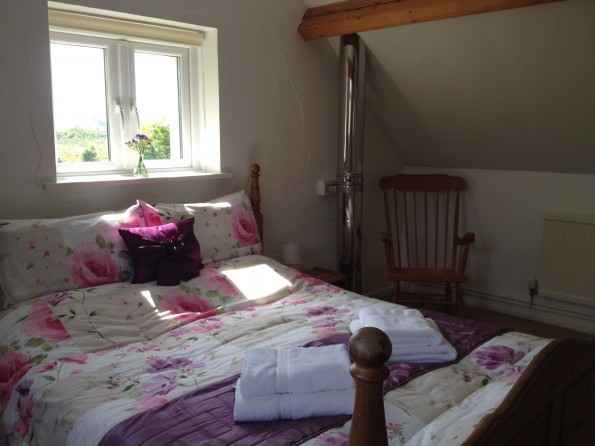 One of the things about the coast that I personally love is the huge tidal reach, a spring tide can be as much as nearly 30ft between high and low exposing all sorts of wonderful rock pools to explore and there is a beach to suit everyone from toddlers to surfers or even the ones who just want to sit and watch and even in the height of the summer (yes it doesn’t always rain here, we do have good summers) the beaches and towns aren’t crowded at all, plenty of room for everyone even the dogs, we are very dog friendly here and there is usually a part of the beach for our four legged friends to join in the fun.

I’ll finish by saying it was the best thing we ever did moving here and Pembrokeshire is probably Wales` best kept secret although not for long I suspect.

Cheryl Howard owns and runs Newhouse Farm holiday cottages, which are featured on the One Off Places website.  The three cottages cost from £220 - £670 per week, depending on the season and which cottage you choose.  The Old Stable sleeps 2, The Coach House sleeps 4, and the Duck House sleeps 4-6.

© 2022 One Off Places Ltd
Web design by Cotswold Web
We use cookies to offer you the best experience on our site. By continuing to browse the site you are agreeing to our use of cookies.
Please click here for more information.