History of the Welsh Gatehouse at Moynes Court in Monmouthshire

I thought you might be interested in the history and architecture of our unique holiday let in Monmouthshire. 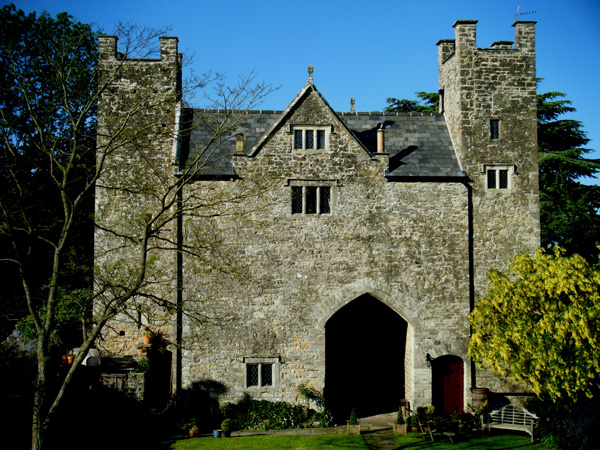 The Manor and Mansion of Moynes Court, first appears in the historical record in 1307 as belonging to Bogo de Knovill who was Sheriff of the counties of Shropshire and Staffordshire, and a follower of Edward I. He held the manor from the Lords of Striguil (Chepstow) and is known to have attended parliament in 1270. His son. another Bogo rose with Mortimer against Edward II in 1321 and was pardoned, though he was heavily fined. This Bogo left a son, John, who died in 1349 during the Black death. His widow, Margery de Knovill married a Thomas de Moigne. Hence the name – Moynes Court.

Sandwiched between powerful neighbours – the Bishops of Llandaff, at Mathern Palace, the Lords of Striguil at Chepstow Castle and the Lewises at St Pierre – Moynes Court often found itself a pawn exchanged between powerful magnates. At one time the land was even "confiscated" by William the Marshal, the most powerful magnate in Britain during the reigns of Henry II, and King John. This set a pattern and the manor changed hands frequently, often through the female line, over the centuries. 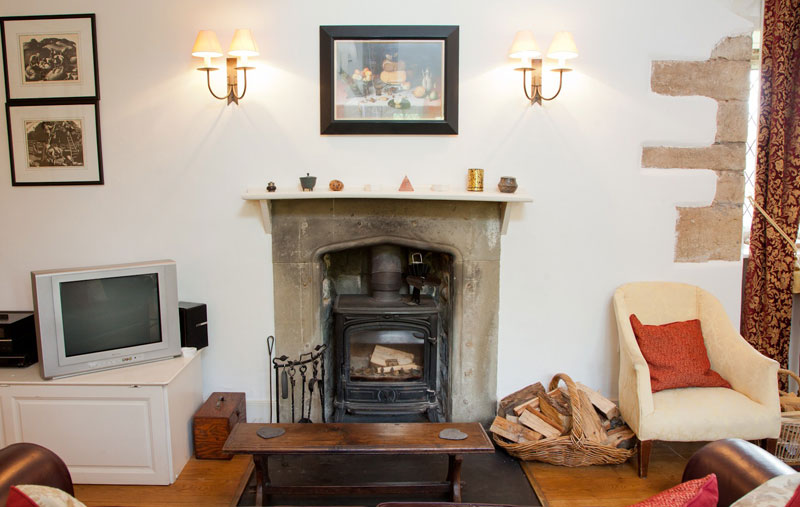 Notable owners included, Sir Richard Pembridge, who served under the Black Prince and was a founder member of the Order of the Garter; Bishop Francis Godwin, Historian, antiquarian and author of the first ever science fiction book, The Man in the Moone (1638); and Colonel Thomas Hughes, parliamentarian commander of Chepstow Castle during the Civil War, and MP in Cromwell’s parliaments, who’s brother Major Charles Hughes fought for King Charles at Raglan Castle.

During the 19th century the house fell into decline. It was eventually bought by the Lewis family of St Pierre and turned into a farmhouse. This kept the house free of all Georgian, Regency and Victorian additions and alterations, preserving the remarkable Elizabethan façade that greets us today. 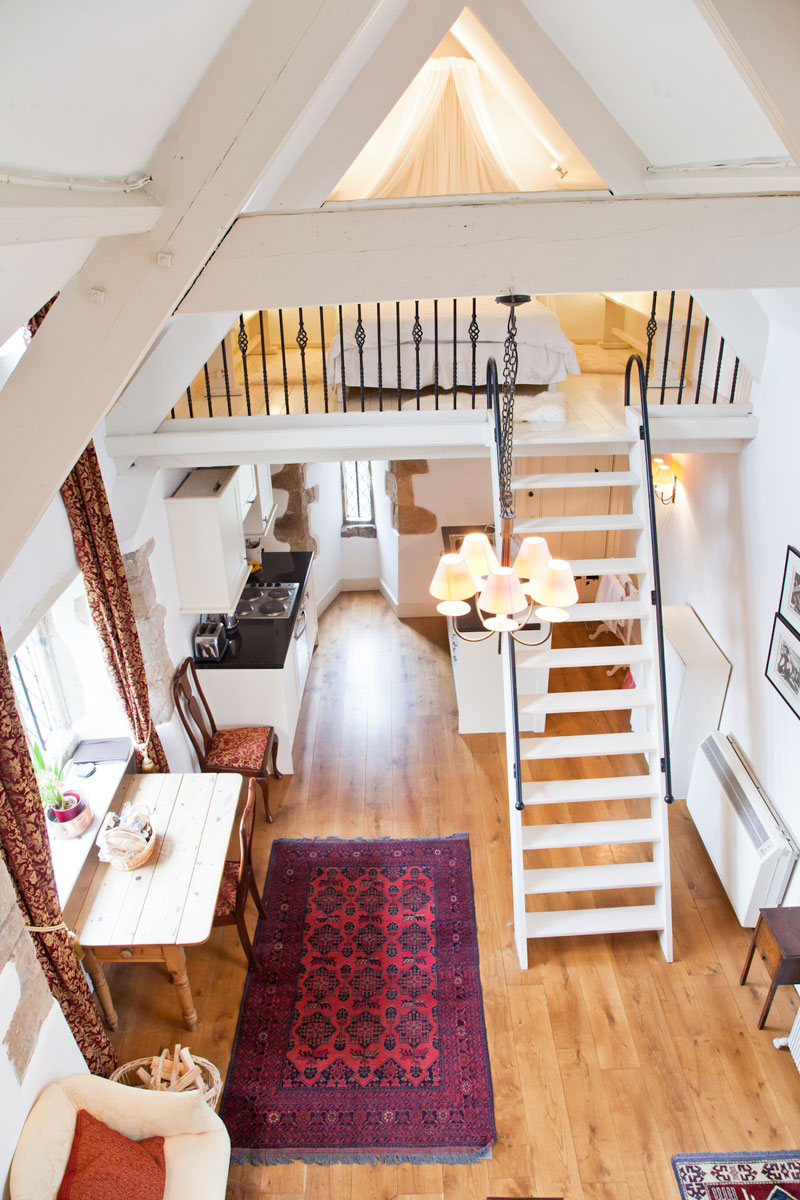 The Gatehouse (this is where you will be staying, in the Welsh Gatehouse) was built in the 14th Century. In Newman's Buildings of Wales, it is described as having eccentric towers, inner and outer carriage arches, plainly chamfered with chamfered transverse ribs in the vault. The Gatehouse was substantially remodelled in the 17th Century. A print in William Coxe's Historical Tour of Monmouthshire (1801) shows the two towers with pyramidal tile roofs. The Gatehouse has glazed-in arrow-slits, a small trefoil lancet window (14th C) and a small ogee door let into the massive main gate.  If you visit, then go up to the top of the tower, where you can see both the new and the old Severn Bridges, and all the way across to the Bristol channel and the Brecon Beacons. 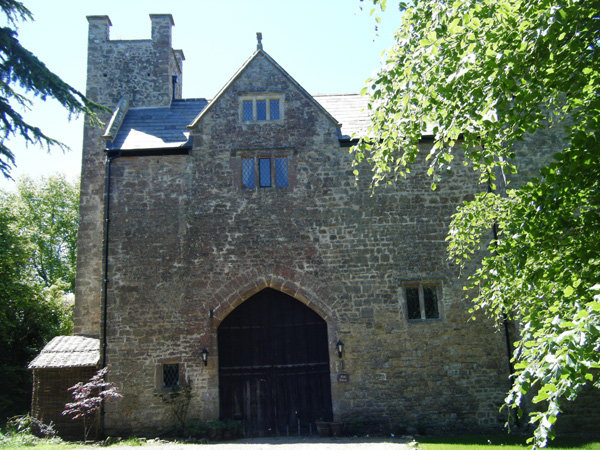 The Mansion, as it was known historically, now known as Courtyard House, is described as a perfect example of a Monmouthshire Gentry House. This sits at the opposite end of the garden to the Gatehouse, so you look our over it from the Gatehouse windows. It is of rubble construction, built of sandstone, with some Cotswold stone, having a roof of Westmoreland slate. It is of five bays, with mullioned and transomed windows and a three-storey porch. The repaired front door is stud-dated 1610 with original strap hinges and ironwork; there is a plaque above the door dated 1609; the house has ten massive chimneys;,windows with ovolo mullions, transoms and much original glazing, newly repaired finials, and the later ashlar end-gable, is a Victorian addition by the architect Eric Francis, with its fine wooden windows.

Some histories and architectural books state that the mansion was built by Francis Godwin, Bishop of Llandaff though the facts clearly contradict this. The style and construction of the building all point to it being created by an earlier hand: possibly by the Morgans of Pencoed who owned the house in the 1570s. What is certain is that the house was re-built by an early classicist. The high gables, the balanced proportions of the façade and, the courtyard all point to the classical sensibility of an Elizabethan "gentleman builder". Three of the four roman plaques that were inserted in the walls by Bishop Godwin are now at the Roman Legion Museum in Caerleon, (If you visit you will see an exact copy of one of these plaques in the Gatehouse Arch).

The Garden at Moynes Court has evolved over a period of four hundred years. Various maps - the earliest from 1669 show a formal courtyard between the Gatehouse and the Mansion. This is now flanked by two, hundred-foot long herbaceous borders. In early spring, beds are filled with daffodils, snowdrops and cyclamens, planted 100 yrs ago by an Italian Countess to remind her of her homeland. April/May brings a mass of blues and yellows as laburnum, ceanothus, bluebells and wisteria vie for attention. Recent work and additions include ongoing work to re-establish an authentic Edwardian planting in the courtyard’s herbaceous borders.

Birds thrive in the green seclusion of Moynes Court - recent sightings include resident robins blackbirds, thrushes and wood pigeons as well as nuthatches, ring-doves, gold and green finches, blue, great and long-tailed tits, wag-tails, woodpeckers, jays, sparrow hawks, buzzards, the ever present jackdaws, a lone red kite and a single stray crane who rested on the South tower of the gatehouse when blown off course on its annual migration to Germany. .

There is a statue made of Willow: The Withy Mare (“Spirit Horse”) made by Surrey artist, Sarah Holmes, which can be seen to the right of the main gate.

William & Juliet Ayot were given the Village Trust Award in 2009 for conservation work carried out to the structure of the Gatehouse and Courtyard House including consolidation of the fabric, and sympathetic repair of windows, stonework, woodwork, and re-roofing.  They let out the Gatehouse for short stays and holidays. Complete with towers and spiral stairways, this Grade II* listed medieval hideaway boasts 700 years of history and has now been converted into a luxurious retreat for two. What could be more romantic?